Kid Dangerous is officially in the MMA game, having recently sponsored renowned fighters Gray Maynard and Jay Hieron.  Gray is currently preparing for one of the most anticipated fights of the year against Kenny Florian in UFC 118, with the winner of the fight putting himself in a prime position for a title fight in the lightweight division.  We’re proud to have Gray on board and are curious to find out what makes the dude tick, and by tick, we mean what makes him kick so much ass.

Gray, you’re a longtime badass – state-champ wrestler in high school, All-American in college – now rising through the ranks of UFC’s lightweight division. Has anyone ever been dumb enough to start shit with you outside the ring?

Not since I’ve been fighting. There are a lot of people that will talk shit about fighters on the internet with a fucking fake screen name, but I’ve never had anyone say anything to my face. High school and college were a different story though. I definitely had a handful of “altercations.”

What was the result? 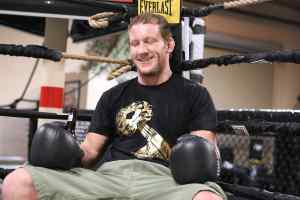 really quick and B) after the actual fight ended, that’s when all the real bullshit started like getting arrested, getting jumped by all the guy’s friends, getting a lawsuit, or paying for the guy’s hospital bills. So I’m really really enjoying getting paid for my fighting nowadays rather than coming out of pocket for court costs and hospital bills.

We love to get hammered here at Kid D. Some of us are partial to Jameson, others to excessive amounts of beer. What’s your poison, Gray?

This is a very serious question that I’ve pondered many times. There’s always an ending point for each of them because of one bad night. The Tequila stage was the longest. I actually liked Tequila, but it ended one morning with me at the police station passed out on a mat, sharing a holding tank with another drunk guy that pissed himself, and an answering machine full of pissed off people waiting for me at my house. The whiskey, rum, and gin stages were all pretty short, but they ended pretty much the same way Tequila did.

Vodka had a little more classy way of ending. My buddy is a club promoter and asked me to do this little appearance for a really good cause. But when I got there it was like a full on fucking runway fashion show in a big night club with rehearsals and shit. So I’m thinking what the fuck did I get myself into and started pounding some mixed vodka drinks. Anyway, after the show I ended up drinking more vodka that night and doing a lot more stupid shit, which isn’t that bad until the next day when your buddies remind you of every little dumb ass detail you did that night. Now I just keep to beer. I don’t care if it’s at the best club in the world!! Bring out a bucket of beers for me, please.

Not to get all gay and fashion-y on you, but what’s up with MMA fighters wearing really shitty clothes? Aside from you, they all look like they got raped by a pack of screen printing lunatics. I mean, I know you can’t straight up tell a professional fighter that he looks like a douchebag, but seriously, they’ve got to know, right?

Wouldn't want to be the that dude.

Depends, I think some guys wear it because they get paid by the company, and some guys just really like it. I’ve seriously seen some shirts that have about 8-10 lbs of ink on them in the form of dragons, skulls, pitbulls, brass knuckles, and historical and religious symbols randomly put across the entire front and back. It looked like a meth head went on a bender for 3 days, locked himself in a room and came out with 1 design. I’m by no means a fashion expert, but they’ve got to realize more isn’t always better.

If you could fight any celebrity, who would it be?

Probably Eminem. It just really seems like he bitches a lot. I mean, what the fuck does he have so much to complain about? I don’t think getting his ass whooped would help him though. I think he’s just miserable.

I’ll just quote Dr. Emmett “Doc” Brown. Altering the past “could cause a chain reaction that would unravel the very fabric of the space-time continuum and destroy the entire universe.” I don’t want to be responsible for that.

I once saw a dude get knocked out in this parking lot, and his arms locked at right-angles as he stiffened straight as a board and cracked his head on the pavement behind him. I seriously thought the mother-fucker was dead. Have you ever hit someone and thought you killed him?

I don’t think so, but I never tried to stick around to admire my work, either, I always got the fuck out there quick!! One of the funniest things I’ve seen was this big guy that thought he was a gangster, his girl, and all his boys were starting shit with this regular looking guy in a parking lot outside of a bar. The chick and all this gangster dudes friends were yelling for him to beat this guy’s ass. So this guy thought he was cool, ran at this little normal guy and then this little dude fucking dropped him with a huge punch. Kinda like what you saw, he hit his head on the pavement and everything. All his people were dead silent, but we didn’t think he was dead cause he got up and could barely walk while mumbling “I got to get out here.” He tries to unlock the closest car that isn’t even his with his own keys. Then his chick goes, “Baby, baby, baby that’s not your not car.” It was like out of a movie – guy tries to act cool in front of his girl and his friends, picks on someone smaller, then gets fucked up with one punch. Classic!!

Most of the Kid D crew grew up together in Denver. I remember we were in middle school, and I had everyone over to watch the very FIRST UFC at Mammoth Sports Arena, which ironically enough, was taking place live in the great city of Denver, Colorado. A local fighter named Patrick Smith crushed this fucking ninjitsu-dude’s face all over the mat, and it was the most savage thing I’d ever seen. Now, this shit is an American past-time, and I believe a true representation of the warrior spirit. Do you ever think about what you do in those terms?

I’m not gonna give you some lame ass generic answer like “I was put on this earth to whoop people’s ass”, but I think everyone has different motivations and purposes for who they are and what they’re meant to do. I think I’m a very active, durable, competitive person, so this job fits me really well and I love it. Some people are meant to be creative, some are meant to be smart, and it goes on and on. Like the saying goes, “It takes all kinds to make up the world.” Your truly a lucky person if your job involves what you were meant to do. I believe if you do what you love, everything will eventually take care of itself because it’s so easy for you to put all your positive energy into it.

Are there UFC groupies? They’ve got to be the craziest bitches in the world…

Yeah, anyone that is at least semi-famous has groupies. There’s the UFC groupies that know everything about you and all the other fighters and really want to ask questions and talk about fighting. Then they tell you how they train at their local gym and ask about techniques and shit. Or tell you that you’re their boyfriend’s favorite fighter. Kinda weird! Then you got the fame groupies. They don’t even know who you are or what you do, but there’s a lot of people around that like you and that’s all they need to know. My friend Forest Griffen says, “They may not even know the music or the band, but they’ll fuck the lead singer any day of week.”

You’re from Arizona. What do you think about this whole immigration thing? Haha, just kidding.

What do you want your tombstone to read? Finish this sentence: Here lies THE BULLY…

One day your life will flash before your eyes. Make sure it’s worth fucking watching.

To learn more about Gray Maynard and to watch videos of him kicking the shit out of people, please check out his official website at: http://www.graymaynard.com 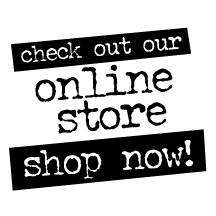